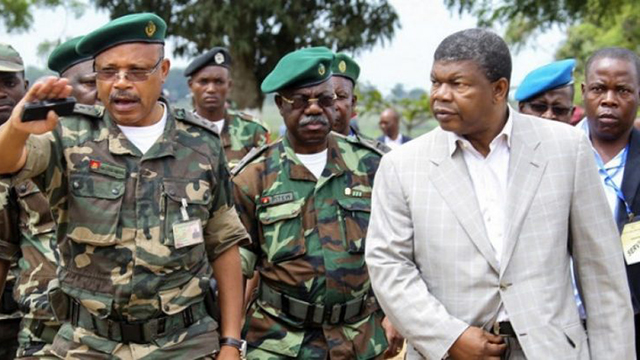 Add comment
12 min read
FacebookTwitterRedditPinterestEmailLinkedInStumbleUponWhatsApp
Post-independence Angola was challenged with conflict and political instability mainly from two liberation organisations; People’s Movement for the Liberation of Angola (MPLA) and the National Union for the Total Independence of Angola (UNITA). The protracted war spanned from 1975 to 2002 and unlike Rwanda the civil war was not based mainly on ethnic differences but a power struggle for accessing resources[1].

Due to the civil war being mainly confined to the rural areas, farmlands were affected; as a result, it disrupted agricultural production and employment. Pre-independence Angola was a major exporter of coffee, sisal, sugar cane, banana and cotton and self-sufficient in all food crops except wheat[2]. Furthermore, civil war hindered national economic growth and development in the form of corruption. In this instance, military leaders and factions would control strategic territories with diamond mines and sell diamonds illegally. Proceeds were for personal gain rather than improving infrastructure, healthcare and manufacturing industry. Although there’s a lack of consensus surrounding the death toll, conflict claimed over 1.5 million lives from 1975 to 2002, displaced 4.1 million and 70,000 people were left mutilated by land mines[3].

During the war, traditional economic activities and mechanisms of social solidarity were either destroyed or heavily impacted. This scenario resulted in poor levels of productivity and competitiveness, increasing Angola’s dependency on international human and material resources. In 2002, 50.0% of the Angolan population was younger than 15 years old, one-third of its population was displaced, and the life expectancy at birth was 46 years old. In rural areas, the consequences of the conflict were even worse, because of the lack of arable land and limited access to markets, which led to the destruction of important sources of income. This forced many to migrate into urban areas under precarious conditions[4].

With the end of the war, the systematic destruction of human and material capital ceased. The surplus generated from the country`s economic activities could also finally be used in benefit of state institutions and its population. The peace achieved permitted authorities to considerably increase public investments in oil production and, consequently, collect huge revenues from its fossil fuel exports. Such a policy was also possible due to the high prices of the commodity in the international market. This resulted in a strong socioeconomic recovery as GDP growth averaged 8.4%[5] from 2000 to 2010, which led to an almost halving of the national poverty rate from 68.0% in 2001 to 36.6% in 2009[6]. Angola’s fast-growing economy faced difficulties when the oil demand (2008/2009) and prices (2013 onwards) started to decrease. As economic prosperity in the post-war phase did have a positive impact on the population wellbeing, necessary measures to guarantee a sustainable and equal development of the country still had to be reinforced.

Former President Jose Eduardo dos Santos, who ruled for 38 years, has been credited for having been able to bring and maintain peace and stability to the country[7]. Under the rule of the left-wing and historically communist MPLA, Angola’s government has adopted an inclusive multi-party system. The government also officially recognises other liberation parties i.e. the conservative UNITA and the National Liberation Front of Angola (FNLA)[8].

The Angolan civil war was also influenced by external larger forces at play primarily the cold war between the Soviet Union and the United States, and their allies. The US and South Africa intervened to deny MPLA the legitimate right to govern[9].

Political stability within the country has been maintained since 2002 mainly due to a definite military victory of the MPLA and the signing of the Luena Memorandum of Understanding peace agreement based on national reconciliation. There were previous limited peace periods which can be credited to the negotiated settlement of the Bicesse Accords of 1991 and the collapse of the Soviet Union in the same year, and the Lusaka Protocol of 1994[10].

The resources for economic growth were largely co-opted between the MPLA, which ruled oil revenues, and UNITA and FNLA, which owned diamond mining territories and the respective operations on the black market[11]. Destruction of infrastructure i.e. railways, bridges and roads created sluggish economic growth. However, the centralised economy resulted in increased dependency on oil revenue, still present today through the state-owned oil company. Sonangol was authorised in 1978 to assume control of 51.0% of all foreign oil companies operating in Angola, although production management and operations remained the responsibility of the companies in question[12]. Furthermore, the lack of sound economic policies, confiscating capital assets and nationalisation of private industries affected the agricultural and manufacturing sectors in the sense that there was growing dependency on imports and lower domestic capital investment. Development was also affected because revenue from mineral resources was used to finance the civil war which amounted to more than a quarter of the government’s budget in the latter 1970’s, sometimes achieving more than 40.0% in the 1980’s, and 20.0% in the 1990’s[13]. To curb its economic woes, foreign direct investment was largely discouraged because it contradicted with socialist economic arrangements [14].

The Angolan economy started to decelerate with the decline in oil prices in 2013. Real GDP growth averaged 7.4% in the period between 2007 and 2015, in 2016 it decreased by 0.8%, and in 2017 and 2018 it started to recover, growing respectively 1.0% and 2.2%[15]. The decrease on oil prices resulted in the appreciation of the dollar over the Kwanza, resulting in average inflation of 31.0% in 2017[16]. The dependency of the country in a sector highly vulnerable to international fluctuations is the main cause of Angola’s recent challenging economic situation because oil and refinery represent around 90.0% of Angola’s exports[17]. Recent developments, however, indicate that the country is finding its way out of the crisis. The economic reforms implemented by President João Lourenço to stimulate private and foreign investment and the restructuring of public enterprises[18], together with the slightest recovery in oil prices, generated positive results in terms of economic recovery and inflation control in the first semester of 2018[19].

Oil prices, however, are unlikely to return to their pre-crisis standards, meaning that diversification is a crucial aspect of the economic policy to be pursued by authorities. Angola has no choice but to improve state efficiency and diversify its investments thus control its urban violence[20]. The need to promote the participation of its population in the economy, strengthening its internal market, and at the same time diminishing its international dependency on consumer goods is urgent. This is particularly true when considering the limited access to markets and to financial resources, both in urban and rural areas.

In recent years the country has been investing in the implementation and improvement of social security programmes to alleviate poverty, such as Cartão Kikuia, launched in 2013. This measure helps stimulate consumption, domestic demand, and national entrepreneurship. Such a policy needs to be accompanied by other structural measures to guarantee its efficiency, such as infrastructure improvements for logistical purposes (roads, transportation, electric energy), provision of health and educational services and access to credit. Approximately 51.0% of urban areas had access to electric energy, while only 2.0% of rural areas had electricity[21]. The youth (aged 0 to 14 years old) literacy rate was 73.0% in 2010, compared to the Sub-Saharan average of 71.0%[22]. The infant mortality rate was 96 per thousand births in 2015, which is almost double the average informant rate of Sub-Saharan countries. Nonetheless, Angola has a lower poverty rate of approximately 30.0% of its population living below USD 1.9 per day compared to the average of 41.1% in Sub-Saharan Africa in 2015[23]. A project of social assistance like the Cartão Kikuia would have a tremendous impact on the population wellbeing and reinforce and stimulating Angola’s internal economy in the long-term.

Economic inclusion must be accompanied by political inclusion.  The state needs to implement internal measures in order to enhance its democratic institutions. Transparency and accountability are urgent matters to increase the population’s trust in the country’s institutions and to combat corruption. Angola is rated among the most corrupted countries in the world (167th least transparent from a total of 180 countries), including public sector corruption[24].

Despite having many internal challenges, the country had been built a high degree of stability since the end of the war, especially when compared to some of its neighbours. Angola has also been playing an important mediating role in the Democratic Republic of Congo’s political crisis.  A more active and diplomatic Angola would benefit its neighbours’ stability and the whole region, as it would also open a window of opportunity to promote regional economic integration.

There is no doubt that peace brought enormous benefits for the Angolan population in terms of security, economic prosperity and social development. The post-2002 period is characterised by high growth rates, mainly because of the increase in oil production and a hike in the international oil prices. Recent economic crises and a drop in the global demand for fossil fuels, however, brought Angola to an important setback, challenging some of the achievements of the 2000s. The lack of proactive policies regarding economic diversification and social investments exposed the country’s fragilities and vulnerability. In order to improve its resilience in face of the global market fluctuations, the government needs to work in favour of a new scenario where the bonanza is not based on international prices, but in a more complex and diversified economy, which takes into consideration all aspects of the country’s capabilities. Such an urgent measure is also important to improve the country’s internal stability and strengthen its position in the region. 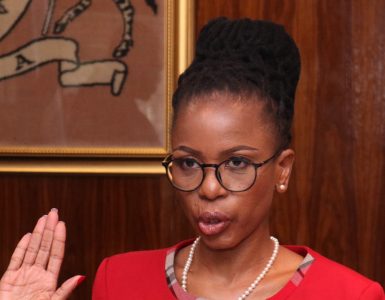 Accurate and balanced analysis of the political economy in Botswana. 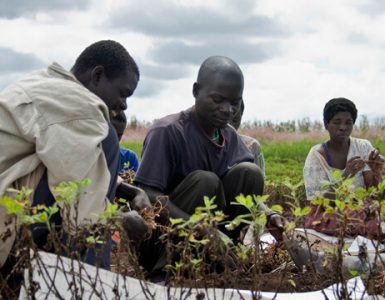 Malawi’s economy has been affected by drought and floods for the past two years. Because of its narrow export base, specialized agriculture based economy and aid dependency, its economic growth decelerated to 2.9% in...

In the midst of weak business and consumer confidence, the outlook for domestic growth has declined. The South African Reserve Bank (SARB) revised its GDP growth forecasts by 0.2 percentage points for 2017 and 2018, and... 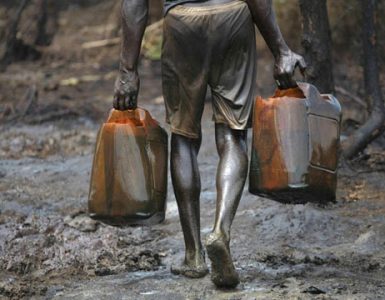 This September 2017 PESA Editorial focuses on political uncertainty and its impact on economic growth in Nigeria. The issue looks at: what is the current political economy context in SADC? what is the source of... 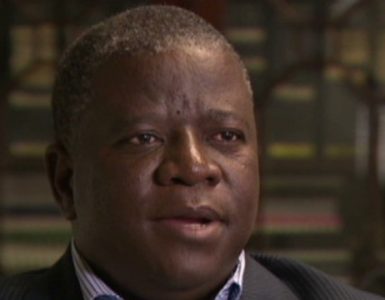 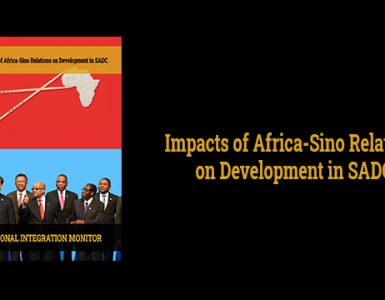 Impacts of Africa-Sino Relations on Development in SADC

The September 2018 issue focuses on evaluating Africa-Sino relations and its impact on African development - What is the relationship between SADC countries and China? what is China's foreign policy towards SADC...

The process of land reform has become highly politicised to the extent that it is threatening to derail the country’s economic development. In Kenya, land translates to power, especially in higher levels of government... 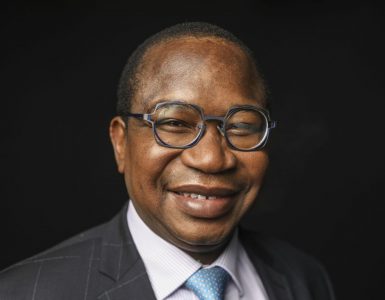 Accurate and balanced analysis of the political economy in Zimbabwe. 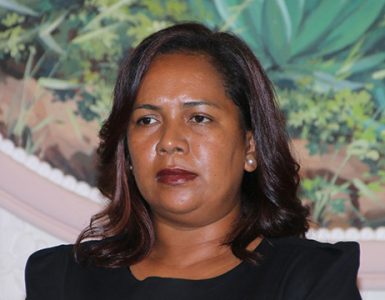 Madagascan exports have been growing slower than imports during the period from 2015 to 2018. This has not led to a significant deterioration in gross official foreign exchange reserves supported by the slight... 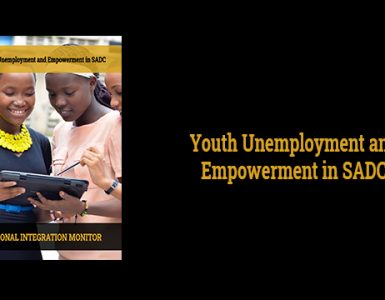 Youth Unemployment and Empowerment in SADC

The July 2019 issue focuses on providing an overview of youth empowerment in SADC - What is the current state of youth unemployment and youth development in SADC? How do we ensure that SADC countries can exploit the... 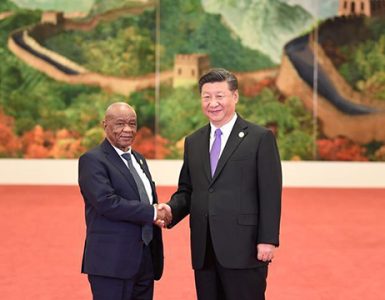 The Kingdom of Lesotho enjoys cordial bilateral relations with the People’s Republic of China (China) dating back to 1983 following the former Prime Minister Leabua Jonathan’s diplomatic visit to China. This was the...

In terms of trade relations, Mozambique forms part of the top five South African trade partners within the SADC region. Trade between South Africa and Mozambique has been on a steady increase since 2011 with mineral...